Many of the locals as well as foreigner travellers want to spend some quality time with their families in and out of Kalpitiya. There are plenty of famous places which can be visited within 2 to 3 hours whilst lodging at the hotel. We would like to brief the following places as we have already discussed those below 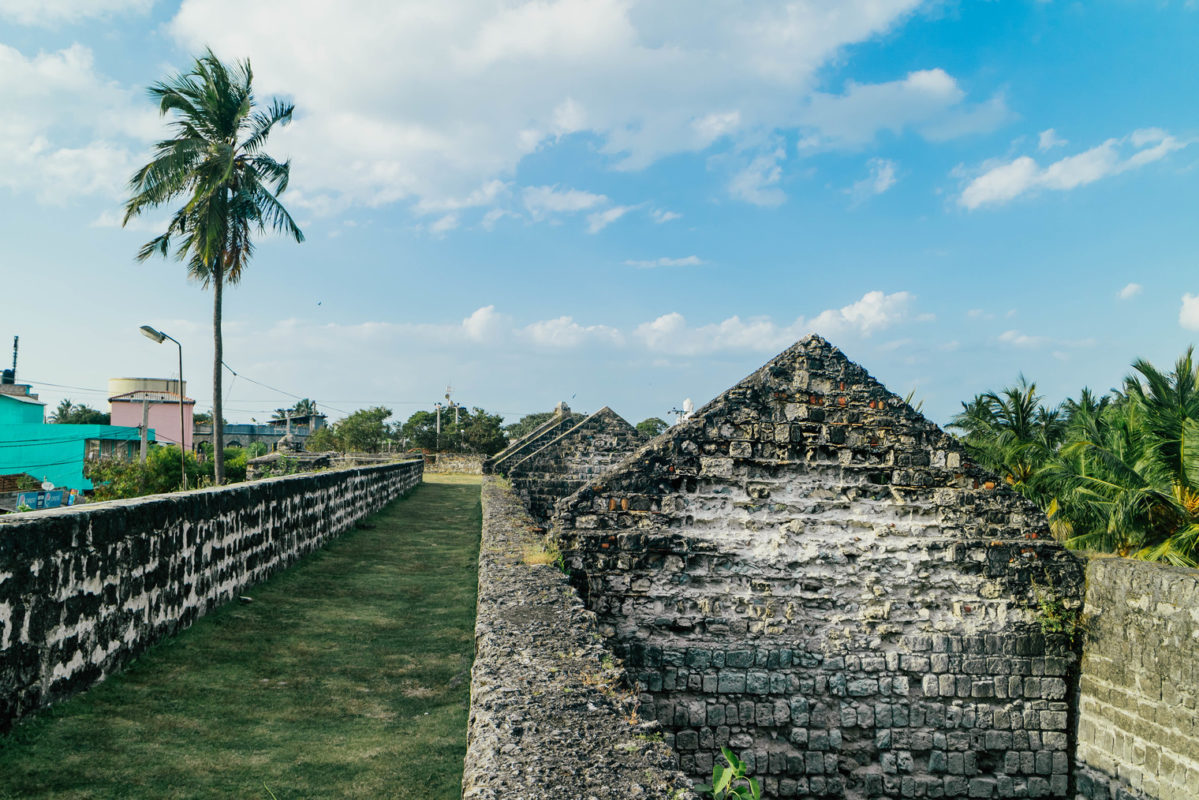 The fort is nearly square in shape with walls about 4 m (13 ft) high, constructed out of coral and limestone from the surrounding area. It has a single entrance, which fronts the lagoon, which has a pediment, with a belfry above and looks like the entrance to a church. The yellow bricks that comprise the entrance arch were reportedly brought especially from Holland. The story is that the King of Kandy had granted permission only to build a church here and that the Dutch had built the arch to mislead the King into believing that this was simply a fortified church. Kalpitiya Fort has four bastions on each corner each with its own guard post, with two smaller bastions facing the lagoon. Inside, the buildings are located around the periphery creating an empty space in the middle of the fort. The walls of a chapel, barracks, dining hall, commander’s residence and prison are still evident, though the roofs have been replaced. There were two tunnels leading away from the fort — one led to the sea and the other to the Dutch Reformed Church approximately 400 m (1,300 ft) outside the fort. These tunnels are blocked and are inaccessible. In 1795 the fort was surrendered to the British. The British continued with their military occupation of the Kalpitiya Fort till 1859. Kalpitiya fort was neglected for many years until it was turned into a Sri Lankan Navy base for training and operational activity during the escalation of the Sri Lankan Civil War. The ramparts are in good condition today. 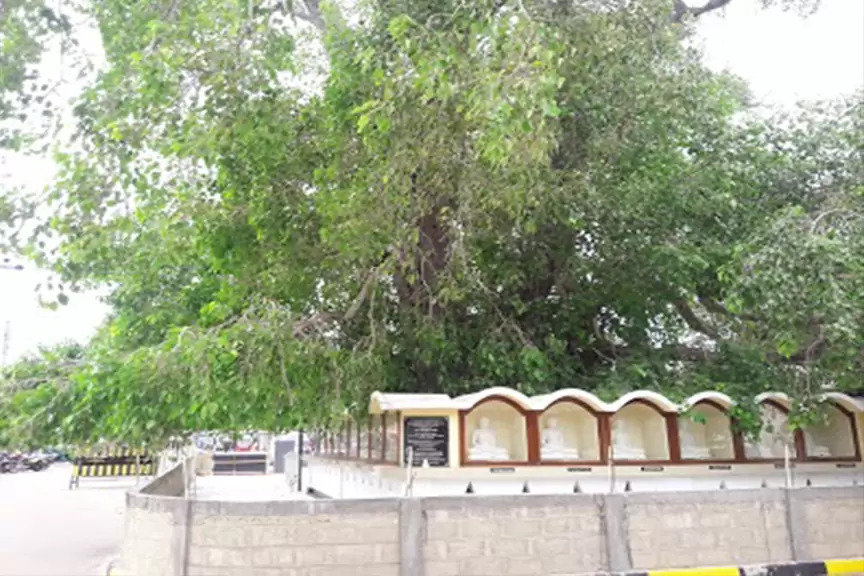 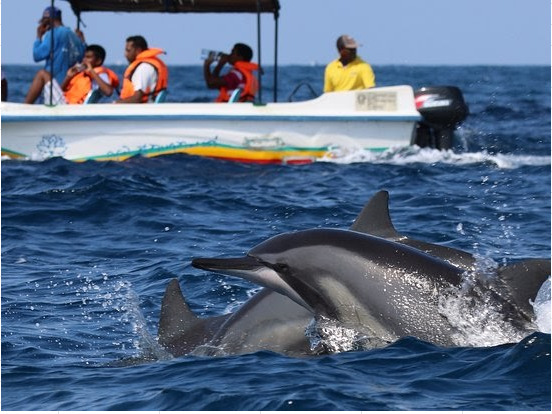 Dolphin and Blue Whale watching is one of the main attractions in Kalpitiya. You will get the opportunity to view large pods of spinner, bottlenose and Indo-Pacific humpback dolphins, Blue whales, sea turtles, and the elusive Dugong.

Kalpitiya Dutch Fort was built by the Dutch between 1667 and 1676. Kalpitiya was important as it commands the entrance to the adjacent bay, Puttalam Lagoon. The surrounding Puttalam area was one of the major cinnamon cultivation areas in Sri Lanka. The Dutch even constructed a canal from Puttalam via Negombo to Colombo to transport cinnamon from the area. 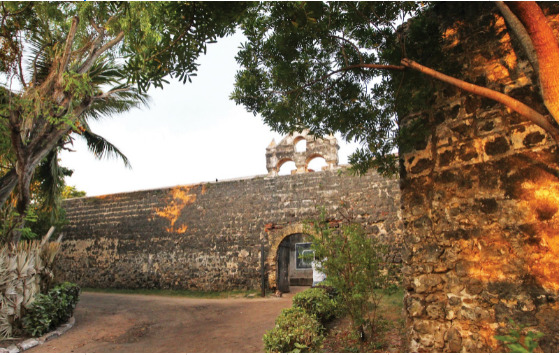 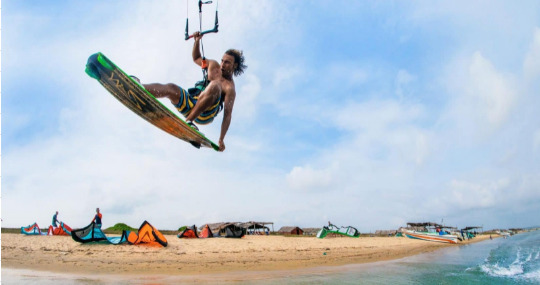 Kalpitiya beach is the perfect kite surfing destination for beginners and advanced riders, with steady wind and shallow water. We also offer training for beginners. Our resort is designed to give our kitesurfing friends the comfort they need after a windy day on the water.

No matter what religion you follow, St. Anne’s Church in Talawila is one of the most ancient and wonderful of all Christian shrines in Sri Lanka. Founded in the epicentre of tradition and holiness, thousands of pilgrims flock during the Christmas season, in March and August to this amazing place of solitude and solace. Close to Kalpitiya, the St.Anne’s Church is easy to access with the roads in good condition and offering some stunning views of the Talawila Beach in peace. Distance from The Blue Lagoon Resort is only 10KM 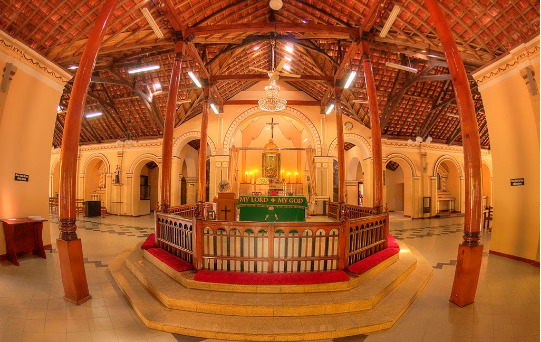 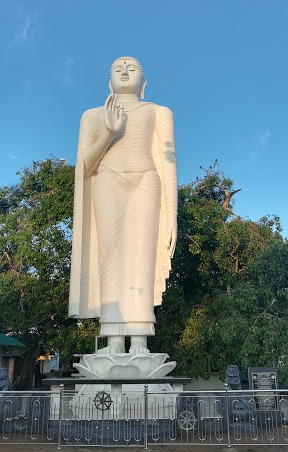 Kalpitiya Budhu Pilimaya (Kalpitiya Buddha Statue) is situated at the end of the Palavi-Kalpitiya Road in Kalpitiya. It is located adjacent to the Kalpitiya naval base and is a popular site where the Sri Lanka navy personnel pay home to the Lord Buddha and conduct various religious activities.